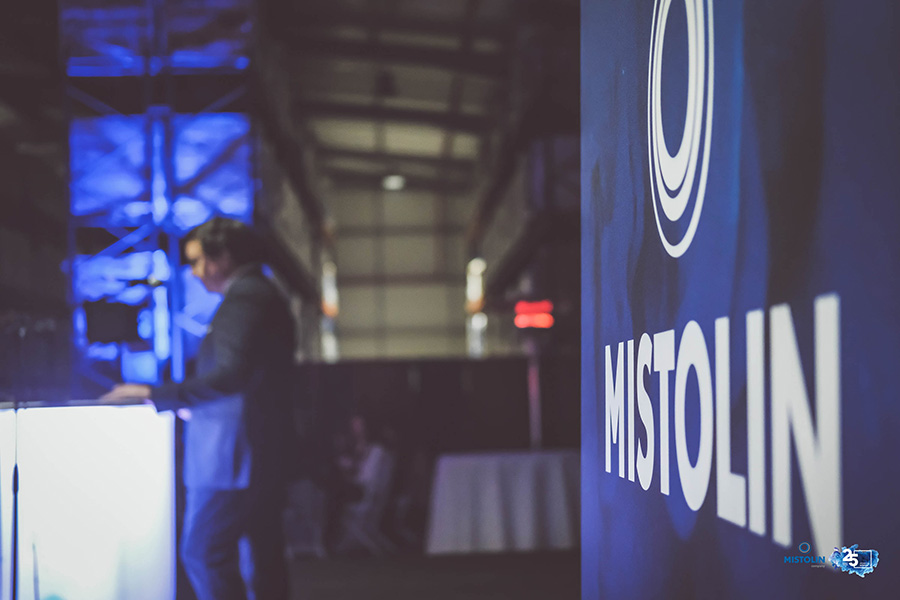 MISTOLIN Company has completed a quarter of a century. To celebrate, such a remarkable event in the life of this company, it carried out a corporative event that took place last Friday, 10 of November, in the factory facilities in Zona Industrial de Vagos ( Vagos Industrial Park).  The anniversary was marked essentiality by two distinct moments: the visits to the new facilities and a commemorative dinner. The event has received about 250 guests, including company employees, clients, suppliers, and official entities, and were performed more than a hundred visits to the new company facilities.

As customary in MISTOLIN Company anniversary celebration, 16 company employees were distinguished, of which 4 integrate the company team since its genesis. MISTOLIN Company, throughout its activity, has been reinventing itself. In order to better follow the constant market evolution and stand out, Mistolin focused in strong investments at the level of equipments, technologies, human resources and in means and processes for continuum improvement.

Investments were made that amplify the installed company capacity up to 3x more than the performed in 2013. Regarding the production, MISTOLIN Company aimed a greater environmental concern, investing in machinery with energetic efficiency, taking to a reduction of the company ecologic footprint.

MISTOLIN Company reveals itself as a company focuses on the future, introducing in its activity the “Industry 4.0” Concept, with investments in automation and smart technologies. These investments aim reaching out markets more demanding and structured.

Mistolin Company
Driven by Science – There is no end to our imagination and no limits to our science.